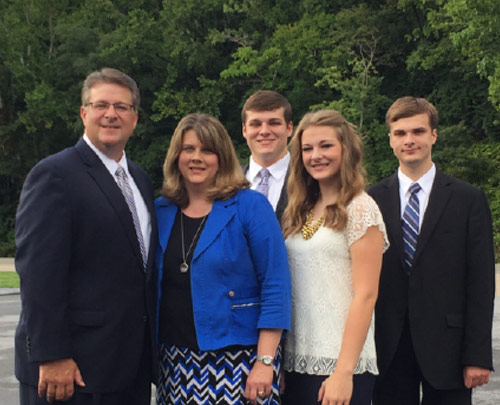 David Gamble was raised in the hills of East Tennessee in a Christian home. He was saved at age fifteen in an old fashion revival meeting and later called to preach during his sophomore year at Pensacola Christian College. After graduate school he married Renee Knierim and began serving as youth pastor in Florida. David was called to his first pastorate at the Grace Baptist Church of Newport, TN (1996-2004), and then to Bethel Baptist Church of Hartselle, AL (2004-2013). He later accepted a pastoral staff position at the Temple Baptist Church and Crown College in Powell, TN (2013-2015) and then served at the Tabernacle Baptist Church of Hickory, NC for 2 years. In the summer of 2018 the Lord led the Gamble family to Shenandoah where he currently serves as the senior pastor. He and his wife Renee, have three children: Michael, Mitchell and Bethany.